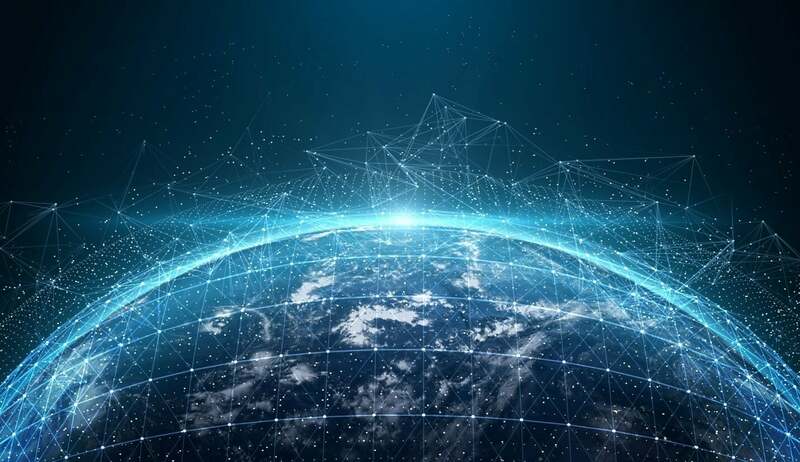 The digital age not only makes our daily lives easier and more productive, but it also brings new challenges to society. In the run-up to the World Wars, wars took place in two dimensions, namely land and sea. With the discovery of flight, wars became three-dimensional: land, sea and air.

And now, with our reach into cyberspace, a new dimension has been added to the battlefield. Much like airspace, from the outside it appears invisible, but it has its own limitations and a very sophisticated infrastructure and ecosystem. With the introduction of cloud computing, all data, resource planning, and deployment has been migrated and decentralized from its primary locations.

In all previous wars, regional or world, human losses (soldiers and civilians) have always been the major factor in the outcome of the victors and the losers. However, in cyberspace wars, loss of life is not the case. Rather, it depends on understanding, sophistication, and attacking the adversary’s (enemy) vulnerable sites.

As a result, data and security breaches are increasingly common by penetrating malicious viruses onto servers through phishing, malware, ransomware, and social engineering. Moreover, with the help of artificial intelligence (AI) and machine learning (ML), cyber attacks become very stealthy and sophisticated.

Advanced countries use cyberspace to establish their superiority and each Western power tries to position itself strategically in this space to outsmart the others. In the past, the United States was considered the clear leader in intelligence.

However, with the current race to dominate the world, China and Russia have made so much progress that has put these three countries on a level playing field. Prior to the cyberspace race, the Five Eye Club was established to share intelligence among its member countries, namely the United States, Canada, Australia and New Zealand. Now, with the emphasis on cyberspace warfare, two distinct groups have emerged. The top tier includes the United States, China, and Russia. The second tier group includes the UK, Israel, Iran and North Korea.

The history of cyberspace is as old as the Internet. And these two entities are so intertwined with each other that it is difficult to separate them. The present generation has vivid memories of the evolution of the Internet, which accelerated when the Clinton-Gore administration entered the White House in 1993.

The administration launched digitized information technology as a top priority for the creation of a technology-driven economy (dotcom) which led to the national information infrastructure. With the popularity of the Internet and its lightning speed adoption, Vice President Al Gore coined the phrase “information superhighway” which became popular overnight and a hot topic in everyday conversations.

In 1990 there were only a few thousand computers with Internet access, but in 1996 (just three years under the Clinton administration) about ten million computers were connected to the Internet. Since then, internet adoption has exploded and by the end of the year (2021) it is estimated that the number of (IoT) devices connected to the internet will reach over 45 billion!

With the meteoric success of the Internet (IoT) and cyberspace data storage servers, its vulnerability has also increased. And as a result of this viruses, hackers, malware, phishing, ransomware, bugs, etc. are proliferating exponentially in the digital realm.

Additionally, with the continuous evolution of technology, cyber attacks are becoming very common, first by individuals, tech geeks, cybercriminals and later by state sponsored actors, their proxies and mercenaries. digital.

The first major cyberattack occurred in 2010 and brought Iran’s uranium enrichment operations to a standstill. This incident caused tremors and shockwaves throughout all Western Power security circles and created an immediate urgency to develop stronger firewalls and security protocols and raise higher rail guards to repel intruders. , criminals, agents and mercenaries in order to protect their national titles.

As they move rapidly into the present, cyber attacks not only increase in volume, but also become more sophisticated, placing private organizations as well as public organizations; including government agencies; to high security risks and data breaches. The latest data shows that cyber attacks are more and more frequent in all sectors; also in numbers on government websites and the private sector like businesses, banks, credit card companies, financial institutions, to name a few.

In many of these cases, it’s difficult to draw a line that was sponsored by the state, or the event run by their proxies, and which was by the cybercriminals who were just looking to extort, ransom, or just blackmail.

Recently, an Israeli intelligence firm has been making headlines around the world for providing highly sophisticated spyware to anyone willing to pay the price. This has prompted each country to take a closer look at its own national security protocols and infrastructure to identify vulnerable gaps in their systems in the face of cyber attacks and how to protect their sensitive information and national security data from bad actors.

In order to protect its sensitive data, storage and processing servers, it is not enough to build stronger firewalls, higher guardrails and foolproof security protocols to fend off all kinds of hackers and people. intruder. But it is also of paramount importance when selecting an external cybersecurity company not to use a telecommunications company, its subsidiary, or a company that uses a patchwork approach to design, monitor, and remediate threats.

Any mistake in the selection process could be very costly and sometimes irreversible, leading to an erosion of goodwill, business losses, lengthy legal disputes and the forced expulsion of management by the board of directors, shareholders and d ‘other groups.

In conclusion, cybersecurity must be taken exceptionally seriously by governments, more than conventional warfare and traditional spy / intelligence networks. Any breach in cybersecurity could paralyze the entire national defense arsenal, however powerful, advanced or sophisticated.

Likewise, for cybersecurity outsourcing by government agencies and businesses, the selection of the company should be based on their credentials (certification), experience, scalability and how to keep abreast of the latest. technological advancements in the cybersecurity ecosystem and what protocols do. they follow to train their staff. In addition, to ensure the business is fully integrated (not patchwork) and automated for real-time monitoring (twenty-four-seven), detect, isolate all possible threats and seamlessly correct them within shortest time possible.

(The author is the Executive Director of Polykemya International. The views expressed in this article are not necessarily those of the newspaper)

The growing need for e-education in emerging countries