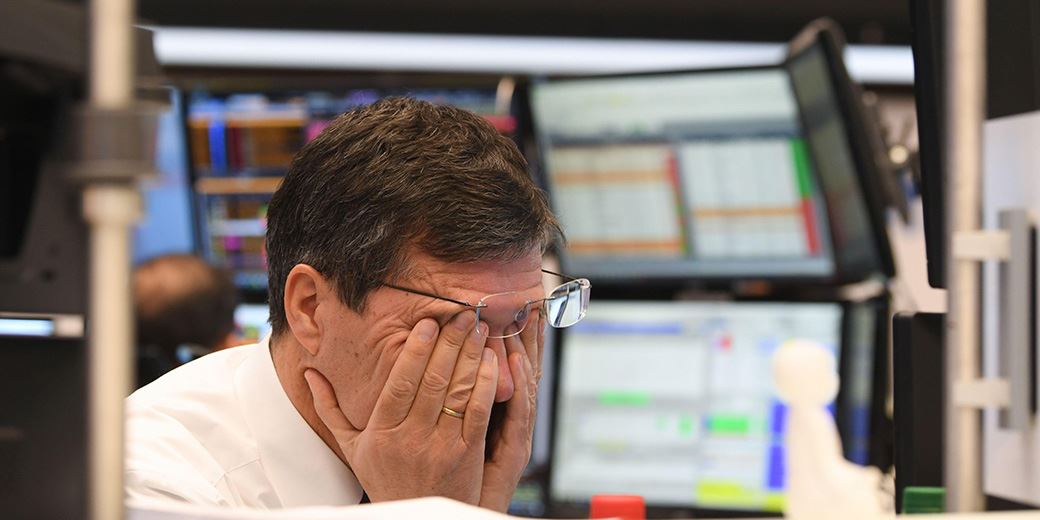 FTSE Plunges 3% on ‘Worrisome Increase’ in US Coronavirus Cases

Update (17:10): The FTSE 100 fell 3.1% as investors grappled with warning of a ‘worrying increase’ in coronavirus cases in the United States from top US doctor Anthony Fauci and grim predictions about the speed of ‘an economic recovery of the International Monetary Fund (IMF).

Fauci’s warning, which weighed on the stock market during the morning’s trading, was followed by a sharp downward revision to the IMF’s forecast for the global economy.

The global economy would shrink 4.9% in 2020, the IMF said, a reduction in forecast from the 3% contraction the organization estimated in April.

Bloomberg report that the United States plans to impose tariffs of $ 3.1 billion (£ 2.5 billion) on goods from the United Kingdom, France, Spain and Germany also weighed on investor sentiment.

(10:22) Increase in virus cases in the United States

The FTSE 100 fell into the red as fears of a second wave of the coronavirus pandemic were rekindled following warnings of a ‘sudden increase’ in cases in the United States of Anthony Fauci, one key members of the White House Coronavirus Task Force.

Britain’s blue chip index fell 155 points, or 2.5%, to 6,164 on Fauci’s warning to Congress, after cases of the virus in the United States recorded their biggest jump in a day since May 1.

The US stock market was expected to open lower, with futures predicting the S&P 500 to fall 0.9% this afternoon.

“The next two weeks are going to be critical in our ability to cope with the surges we are seeing in Florida, Texas, Arizona and other states,” Fauci said during a hearing in the House of Representatives.

In the UK, top doctors have warned of a second spike in coronavirus infections ahead of a significant easing of restrictions on July 4, when cinemas, museums, hairdressers and pubs reopen and the social distancing rule from two meters will be relaxed to ‘one-plus meter’.

“Although the future shape of the pandemic in the UK is difficult to predict, the available evidence indicates that local outbreaks are increasingly likely and a second wave a real risk,” doctors said in a letter published in the British Medical Journal.

Spreadex analyst Connor Campbell said investors were right to be concerned about the surge in cases, which also includes a cluster of breakouts in Beijing.

“Whatever fragile signs of recovery seen in the manufacturing and services purchasing manager indices on Tuesday would be wiped out if a substantial second wave were to materialize,” he said.

The homebuilder suffered losses of £ 51million in the six months leading up to April, as Covid-19 and political uncertainty at the end of 2019 took its toll. He also reported a halving of earnings to £ 240million and announced 130 job cuts to save £ 5million a year.

Neil Wilson, analyst at Markets.com, said gold was the “clear winner” of the pandemic.

“Fears that central banks fuel a latent inflation boom with increases in the money supply continue to act as the longer-term bullish thesis for gold,” he said.

Among other promoters of investment trusts, Schroder European Real Estate (SERE) gained 2p or 2.8% to 73p after halving its quarterly dividend to 0.925 euro cents per share to save money during the Covid-19 recession.

AEW United Kingdom (AEWU) the real estate investment trust added 1p or 1.4% to 71p after its lender RBS agreed to let it use £ 5million of its £ 27million to pay off some debts and reduce the overall value of the loan at 26.7%, close to its target of 25%.

Residential and industrial real estate developer Saint-Modwen (SMP) strengthened 1p or 0.3% to 354p after reassuring investors about its finances. He said his portfolio could withstand a 40% drop in value from November levels before breaking his loan agreement and, if necessary, could access the government’s Covid loan facility.

Intu properties (INTU) fell 0.4p or 9% to 4p after the ailing mall owner yesterday warned it could fall into administration if talks with its lenders fail.

RM secured direct loan (RMDL) fell 2.1p or 2.7% to 75.9p after announcing it would back a takeover by Energy Executives Fitness, the low-cost fitness franchisor to which it loaned £ 7million and who he said was recently seeking additional funds.

Merchants (MRCH), the UK’s 7% yielding equity income trust, lost 10.5p or 2.6% to 396p after saying it would dip into its reserves to declare a first interim dividend of 6.8p per share next month. This is in line with the fourth interim dividend paid last year and up 1.5% from the first dividend paid a year ago.