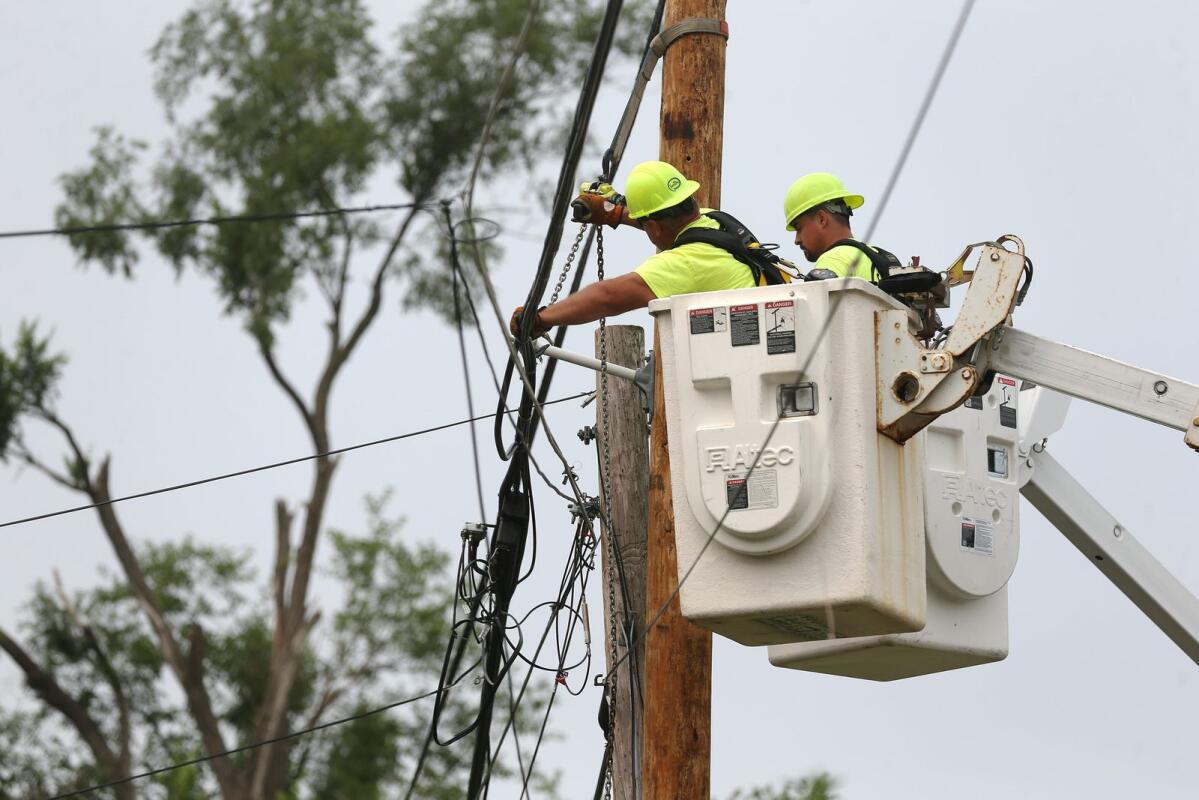 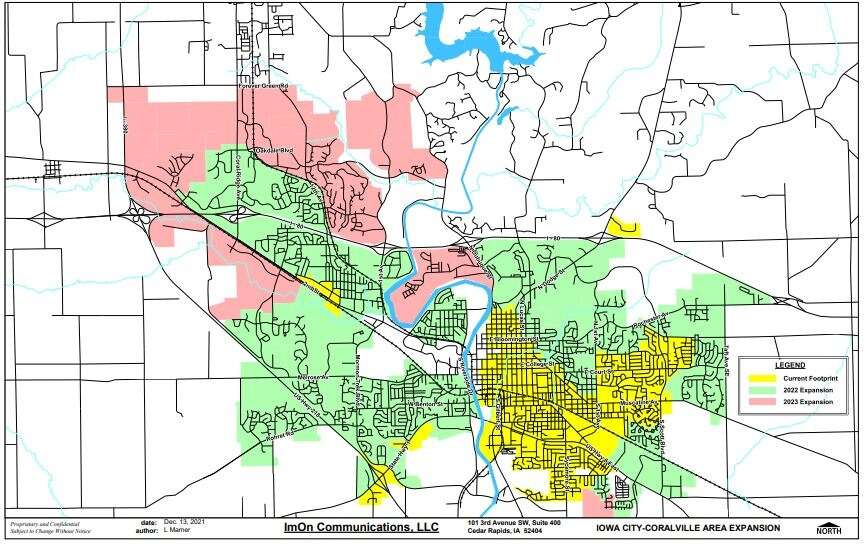 ImOn network technicians Jamie Fuhrmeister (left) and Jeremy McKeehan are working to move the ImOn facility to a new utility pole at Cedar Rapids in July. (The Gazette)

IOWA CITY – ImOn Communications has announced that it has accelerated its expansion in Iowa City, with the goal of making the fiber optic network available to all homes and businesses by the end of next year.

ImOn CEO Patrice Carroll told The Gazette the company would be halfway on its target next month with 4,000 more addresses added to its Iowa City footprint.

“We really picked up our pace,” Carroll said. “We are now building at a rate about 10 times faster than what we normally build. What this means for Iowa City is that we should have all Iowa City residents and businesses completed by the end of 2022. ”

ImOn is also working to extend its fiber access to residences and businesses in Coralville. Carroll said “significant” progress will be made next year, with Coralville’s fiber-optic network due to be completed by mid to late 2023.

“Our total investment over the next two years will be approximately $ 33 million, allowing us to move forward at a much faster rate than ever before,” Carroll said of the expansion to Iowa City and Coralville.

Cedar Rapids-based ImOn first announced plans to expand into the Iowa City market in 2015. Mediacom attempted to block the expansion with a lawsuit against the city of Iowa City and ImOn, but the judge ruled against the company Blooming Grove, NY.

ImOn started offering services in 2016 to businesses in downtown Iowa City and started residential service in 2019. The Cedar Rapids-based ISP has also partnered with the city to provide a connection. Free Wi-Fi at two Iowa City parks and along the Pedestrian Street. Mall.

Carroll said the COVID-19 pandemic and derecho have slowed efforts, but the company “ramped up” last year.

“If we didn’t know that before the pandemic, the pandemic has certainly taught us how essential broadband service is for everyone,” Carroll said.

Like other companies, ImOn has encountered supply chain and subcontractor availability issues. The normal challenges have been “magnified,” Carroll said.

The ISP is also working on expanding its network in Dubuque, and expects this construction to be completed by the end of 2024.

Also, a fast-track plan is in place for Cedar Rapids, Marion and Hiawatha, Carroll said. Those areas are about 60 percent complete, Carroll said, and are expected to be complete by 2024.

“Our goal is to be fully built in all three of our markets by the end of 2024, and then the sky is the limit,” Carroll said.

Carroll, who has lived in Iowa City for 33 years, was the first resident to install it and is currently testing the technology.

Lisa Rhatigan, vice president of customer experience at ImOn, said the company is trying to deliver the service to customers by early February.

Cable television will be available to Iowa City residents in the ImOn area.