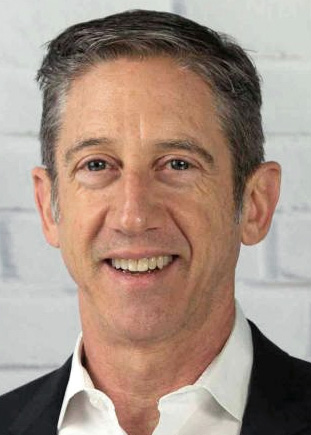 Avivah Litan, the famous Gartner analyst, explained it succinctly to insiders in her blog two and a half years ago. She said, “Web 3.0 will transform us from monetizing Web 2.0 through surveillance capitalism and advertising to monetization built right into the protocol that is also available to any logged-in user. Translated, this means that we will control our fate by owning and managing our credentials for connection to systems, content, financial resources and, most importantly, our data. And, we are told, blockchain technology will allow all of that.

Web3 is more than this clinical assessment. By harnessing blockchain and other new technologies, consumers will educate themselves and transact in the metaverse and through new augmented reality technologies. They will use both conventional currencies and cryptocurrencies to transact, collect and consume real goods as well as digital versions of non-digital goods. And they will track and prove ownership of these assets through blockchain technologies.

If you’re stumped by the hype around Web 3.0 (Web3), join the club: Web3 and its potential applications are still emerging. And while some tech leaders and early adopters are well on their way to building parts of what will be Web3, and there are a few sample apps and websites3, Web3 as a whole is far from being achieved and is the subject of debate and controversy. (Examples of Web3 sites and applications include Foundation – an NFT Marketplace, Audius – a music streaming site, and Cosmos – a network of blockchains and interconnected services.)

The battle for control and definition of Web3 will be fierce as its goals and monetization have a big impact on those who control and benefit from today’s Web 2.0 technologies and businesses. The dramatic Twitter-hosted dispute between Twitter founder Jack Dorsey and Andreesen Horowitz, a venture capitalist well known for its Web 2.0 investment successes, is a shining example of the likely future battles as this innovation evolves. .

In this blog, I will try to place Web3 in the context of Web 1.0 (a retronym) and Web 2.0, to explain the objectives of Web3 and to articulate the potential impact on brands and intellectual property professionals who defend them.

If you remember life without the web and mobile devices, you know that everything we do on the internet and our phones was much more complicated and time consuming. Web 1.0 was a static collection of files that we could view, very awkwardly, through rather primitive browsers. Interactions were limited, forms were prevalent, and weird error messages were the norm, not the exception. More importantly, the rich interactive experience we now enjoy in the world of Web 2.0 was impossible in the world of Web 1.0.

When Web 2.0 arrived, we began to appreciate what the Web could be. Relationships and transactions over the Internet and our mobile devices have become possible. New technologies have allowed us to more reliably create, display and interact with User Generated Content (UGC) like blog entries, photos and videos on Flickr, Instagram and YouTube. Sophisticated search engines like Google have helped us find information, products and content, while e-commerce platforms like eBay, Amazon, and Alibaba have helped us buy things, mundane to exotic, sometimes from people. and distant places, without even seeing them in anyone!

Unimaginably, Web 2.0 has democratized communication. With the Web 2.0 enabled apps, we could reach our closest friends instantly through chat apps including WhatsApp and WeChat, and reach the world through social media platforms like Facebook and Twitter. However, convenience comes at a cost. The currency in which we paid for this convenience is our personal data and privacy.

Businesses control interactions on Web 2.0 platforms and they use our data to understand our desires, opinions, consumption patterns and other habits. Platforms and businesses monetize our data through advertising, engagement, and even the sale of our anonymized personal data. It was so obvious that this was our Web 2.0 reality that in 2006 Time Magazine named “You” as the Person of the Year for the data we, the users, represent and how it is used.

All that being said, a lot of people probably think that the enrichment and convenience of Web 2.0 outweighs these drawbacks. Legitimate businesses and the lawmakers who regulate them have sought to make Web 2.0 overall a clean, bright, and secure place to interact and transact. Thanks to consumer protection and privacy regulations, most users enjoy a higher level of protection than ever before in the evolution of Web 2.0. Yet we find ourselves threatened by malicious actors attacking us, as well as the platforms we trust, through a series of seemingly centuries-old scams.

For almost everyone, Web3 is a future, not a present. Some of us may directly use or unknowingly rely on emerging Web3 technologies such as blockchain-based cryptocurrencies or non-fungible tokens (NFTs), but Web3 is not implemented as a whole in places accessible to the average user. For now, Web3 is essentially a collection of technologies, concepts, and application programming interfaces (APIs) used primarily by developers. The goals of those who work to make Web3 a reality are valiant. Web3 seeks to re-democratize and decentralize the web – giving the internet back its past promises by harnessing blockchain technologies. And, while that’s probably an unintelligible mouthful of vague and confusing terms for the most part, I’ll try to break this down.

Each of us will have control of the “tokens” or digital representations of these assets in our own digital “wallet”; we will allow limited access to these tokens and the underlying data or permissions and these “transactions” will be recorded using blockchain technologies. Even the applications (called “smart contracts” in Web3) that we use will be decentralized and controlled by us, the users. We will present a token which is our identifier for the systems, and we will show tokens which represent fungible assets like cryptocurrency or non-fungible assets like digital art to be exchanged for another value. Our content will be accessible to those to whom we provide access and no one else. The integrity of the content will be recorded in the blockchain, so we will know where it went and everyone can discern how it may have been tampered with.

The control and transparency provided by Web3 should restore trust in the web and herald a new era that re-establishes a democratic and decentralized online world. That’s the promise – but there are so many details of how it will play out that are still being worked out. For example, if everything is decentralized, including the apps that users control, how will people like me or our moms and dads be able to control and manage this complexity? For many people, the current plethora of logins, credentials, and assets is difficult to manage, so it seems like a tough hill to climb.

But the pursuit of Web3 should be worth it. Just as Web 2.0 has revolutionized the way we interact with the Internet, information, our communities and our brands, Web3 will change everything in the same way.

Web3 implementation considerations for businesses and their brand protection organizations

What brand protection organizations need to do now to protect their brands:

In summary, the promise of Web3 is tremendous – a trust-based online world where we, the users, not businesses and platforms, are in control of our online assets, including our data. As this migration to new platforms continues, we will see user confusion and bad actors targeting both newbie users adopting Web3 and the businesses that employ it. Being trained, staying ahead of the curve, and partnering with technologists, security professionals and business owners to drive Web3 adoption in your organization will be important for brand protection professionals to anticipate problems and protect their customers.